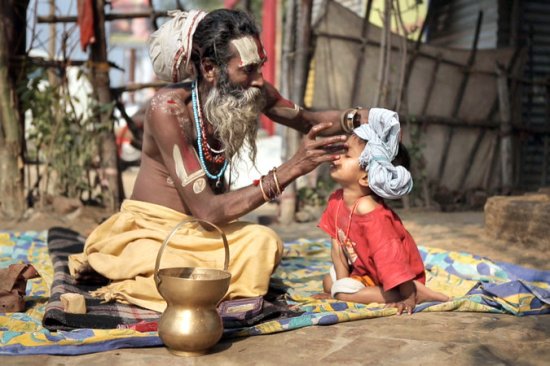 Six months ago I finally got my hands on an imported DVD of ‘Faith Connections’ I found it on Youtube to share with you all.
Faith Connections is deeply moving documentary filmed at the 2013 Kumbh Mela in Allahabad in india. This is a remarkably insightful film, full of stunning images and for me up there with ‘Walking with Nagas’ as one of the best documentaries out there based on the Kumbh Mela festival.

Directed by Pan Nalin ‘Faith Connections’ follows a young runaway kid, a Sadhu, a mother desperately looking for her lost son, a yogi (Hatha Yogi Baba) who is raising an abandoned baby, and an ascetic who keeps his calm by smoking cannabis – all connected by one faith against the spectacular display of devotion.

The documentary is two-hours long and is in 8 parts on Youtube with each part following on from each other.

Hope you all enjoy it!

All material on this website is copyright Mark Coughlan unless stated.

A Shepherds Bush Man Eat From A Can

A Shepherds Bush Man Eat From A Can

There was an error retrieving images from Instagram. An attempt will be remade in a few minutes.